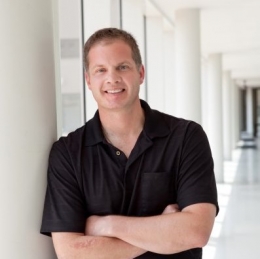 Work in my lab seeks to understand how developmental and genetic factors influence binge alcohol drinking, as well as sensitivity to delta9-tetrahydrocannabinol (THC), the psychoactive component in marijuana. boehm_cv.pdf

Behaviors thought to influence both propensity to engage in binge-like alcohol drinking and THC sensitivity in mice are studied. We use mice of different developmental and genetic backgrounds to ask mechanistic questions about the complex relationships between brain and behavior.

For example, we compare different genetic mouse models to assess age-specific sensitivity to alcohol's behavioral actions and determine how alcohol exposure during prenatal and early postnatal development influences that of adulthood. Moreover, we employ state-of-the-art techniques to study the relationships between brain and behavioral sensitivity to alcohol and THC in mice, including site-specific microinjection into discrete brain regions and ELISA analysis of protein expression across brain structures to determine which neurotransmitter systems and brain structures are important modulators of alcohol-related behavior.

Our hope is that such work will help elucidate the behavioral/brain mechanisms associated with sensitivity to alcohol and THC in humans and provide further insight into how those mechanisms influence (and are influenced by) repeated drug exposure across development. Our work is supported by grants from the National Institute on Alcohol Abuse and Alcoholism.

Dr. Boehm is actively seeking new graduate students to join his lab!  Please contact Dr. Boehm by email if you are interested in learning more about his program of research and the Addiction Neuroscience Graduate Program at IUPUI.

2002-2005 Postdoctoral, Behavioral and Molecular Pharmacology, University of Texas at Austin.

1.       †Kasten CR, Zhang Y, Boehm II SL (2017) Acute and long-term effects of Δ9-tetrahydrocannabinol on memory and anxiety are age- and strain-dependent in mice. Pharmacology, Biochemistry and Behavior, in press.