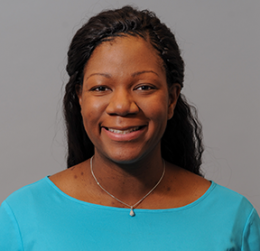 Dr. Zapolski's PRISM (Prevention Research In Substance Use & Minority Health) Lab focuses on risk for substance use and other health behaviors among African Americans. Much of her previous work has focused on alcohol use, as important race differences have been observed. Specifically, research has shown that comparative to Whites, African Americans tend to (a) report lower rates of alcohol used based on both age and gender, (b) report later initiation of drinking, and (c) report higher rates of abstinence. Yet, paradoxically, African Americans experience more problems at comparable levels of use.

Students in Dr. Zapolski's lab are also examining risk for other health behaviors, such as risky sexual behavior and illicit drug use among both youth and college populations. Dr. Zapolski also engages in intervention research on the implementation of a brief Dialectical Behavioral Therapy (DBT) skills group for adolescents in school and community settings.

Birkley, E.L., Zapolski, T.C.B., & Smith, G.T. (2015). Race differences in the prospective relationship between depression and alcohol use from elementary school to middle school. Journal of Studies on Alcohol and Drugs.