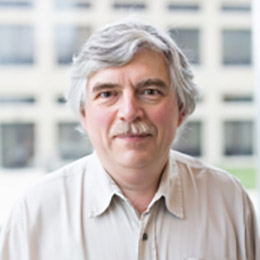 Prof. Tarasov works in representation theory of Lie algebras and quantum groups and in the theory of multidimensional hypergeometric functions. Tarasov has made several major contributions in the development of this field. Indeed, his works were used by V. Drinfeld (now of Chicago) when the latter introduced the notion of the Yangians-one of the principal concepts of the theory of quantum groups.

Tarasov's current research interests are concentrated around the differential and difference (quantized) Knizhnik-Zamolodchikov equations, which play a central role in modern theory of exactly solvable quantum field and statistical mechanics models. His research projects concern with the generalizations of the classical Selberg integrals to the higher rank Lie algebras and with the representation theory of the Yangians (a principal object of the quantum group theory mentioned above). Among Tarasov's recent results in these directions are certain highly nontrivial identities between hypergeometric and q-hypergeometric integrals of different dimensions. These identities have attracted strong interest in the special function community because they can be used in some cases to compute asymptotics of hypergeometric integrals with respect to their dimension. Simultaneously, this provides a new direction to attack one of the most challenging problems in the theory of exactly solvable models, which is the asymptotics of the nonfree fermion correlation functions.