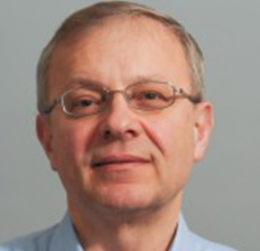 Dr. Arjan Durresi is a Professor of Computer Science at Indiana University Purdue University in Indianapolis, Indiana. In the past, he held positions at LSU, and The Ohio State University. He has published over seventy five papers in journals and over 170 papers in conference proceedings, and seven book chapters. He also has over thirty contributions to standardization organizations such as IETF, ATM Forum, ITU, ANSI and TIA. He is the PI of four NSF funded research projects. His research has also been funded by the States of Ohio and Louisiana, as well as university and industry sources.

Dr. Durresi serves as Area Editor of Ad Hoc Networks (Elsevier)" Journal. He is on Editorial Boards of Journal of Network and Computer Applications(Elsevier) and Journal of Ubiquitous Computing and Intelligence -JUCI, (American Scientific Publishers - ASP). He is Guest Editor of IJWMC - International Journal of Wireless and Mobile Computing for the Special Issue: "Wireless Sensors and Ad Hoc Networks," 2005. He is Workshops Co-Chair for 21th IEEE International Conference on Advanced Information Networking and Applications AINA 2007 to be held in Niagara Falls, Canada, May 21-23, 2007. He was Program Co-Chair of the AINA 2006 held in Vienna, Austria, on April 19 (Wed.) - April 21 (Fri.), 2006. He was the Founder the First International Workshop on Heterogeneous Wireless Sensor Networks - HWISE 2005 held in 2005. He was the Co-Chair of HWISE in 2005, 2006 and 2007. He was Program Vice Chair for 11th IEEE ICPADS - International Conference on Parallel and Distributed Systemsand Area Chair for 19th IEEE AINA 2005. Dr. Durresi was Program Vice Chair of IEEE AINA 2004 conference.