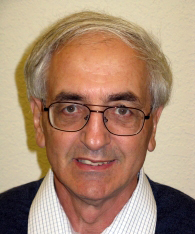 Prof. Bleher's principal research interests focus in four directions: statistical physics, quantum integrable systems, theory of random polynomials, and random matrix models. Bleher is a world expert in the rigorous theory of phase transitions in systems with random interactions and in the relations between the quantum spectra of integrable quantum models and the properties of the underlying systems of classical mechanics. His long-term collaborators in this area include Jean Ruiz and Valentin Zagrebnov (Center for Theoretical Physics, Luminy-Marseille, France), Freeman Dyson and Jean Bourgain (Institute for Advanced Study, Princeton), Joel Lebowitz (Rutgers University), and Yakov Sinai and Denis Kosygin (Princeton University).

The theories of random polynomials and random matrix models represent Bleher's most recent areas of research. Together with Bernard Shiffman and Steven Zelditch (of Johns Hopkins University), he solved the problem of universality and scaling for systems of random multivariate polynomials or, more generally, random sections of powers of line bundles over a compact Kahler manifold. This problem has significant applications to the theory of quantum chaos.

On random matrices, Pavel Bleher has been collaborating with Alexander Its, the other member of the Mathematical Physics Group, since both of them came to the Department in 1993-1994. In 1995, Bleher and Its launched a joint project on the Riemann-Hilbert approach to the study of the universalities in the theory of random matrix models and orthogonal polynomials. This approach allowed them to solve several long-standing problems concerning the asymptotic analysis of the orthogonal polynomials with exponential weights (e.g., the so-called Nevai problem). Simultaneously, these works of Bleher and Its have been followed by a flurry of activity in the area with an increasing involvement of new researchers with very different backgrounds and experiences, some of whom have already become Bleher's new collaborators.