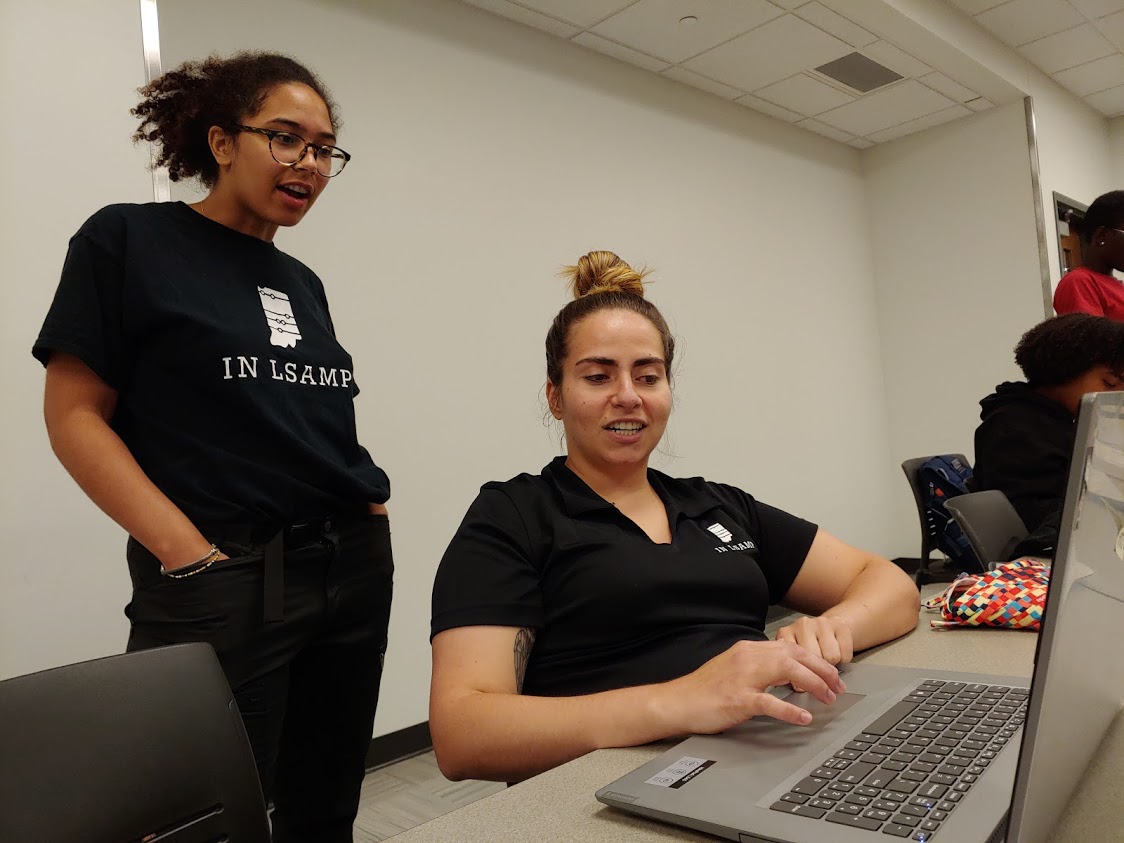 Scientist, social justice warrior, and physician. Those three job titles are the career aspirations of Purdue School of Science chemistry student, Nora Gilliam. She's now one step closer to reaching her goal after being named a Goldwater Scholar. Gilliam is one of 396 undergrads chosen from more than 1,400 nominees across the nation.

The scholarship, established in 1986, honors Senator Barry Goldwater and is designed to encourage students to pursue research careers in natural sciences, engineering, and mathematics. It's offered to sophomores and juniors in college and is intended to help cover academic costs based on merit and financial need.

For Gilliam, receiving the scholarship is another torch lighting her path. "It's just awesome. I really put a lot into my scientific research career, and to be recognized as a Goldwater Scholar is really confirming of my pathway. Especially as the first female to receive the Scholarship at IUPUI and as an under-represented minority in STEM," said Gilliam. She's a junior, intending on pursuing a combined medical degree and a doctorate level research degree, also known as an M.D./Ph.D.

Gilliam has always loved science, but growing up on the south side of Chicago, she initially thought she would become a social justice activist. At the time, she didn't know she could combine her love of science and social activism. An old epidemiology book she read in sixth grade would draw her back to the sciences. "My mom jokes about the time that I finished all the fiction books in my school library and moved onto the nonfiction and poetry section of the library," explained Gilliam. "I brought home this old epidemiology book and followed her around the house asking her all these questions essentially about disease pathogenesis mechanisms and she, a nurse, asked me why don't I think about being a doctor."

When it came time to choose a college, she did a Google search on pharmacy schools because Gilliam didn't quite know yet if she wanted to be a physician or pharmacist. It led her to IUPUI due to the high marks the university received for STEM and biomedical sciences. She came to visit and fell in love with the campus. "I knew it was going to be a great learning experience because of the diversity and the commitment to science, those are my two realms, so I'm super happy to be here." IUPUI was the only campus she visited.

Gilliam plans to pursue an M.D., specializing in infectious diseases, and a Ph.D. in Genomic Sciences or Systems Biology along with remaining a social justice warrior. She learned she could combine the infectious disease and social justice from her role model, Dr. Paul Farmer M.D., Ph.D., and her own personal experiences in summer research programs. Gilliam witnessed a physician she was shadowing at a pediatric HIV clinic bring a 12-year-old they were treating into the conversation, not just talking with the child's father. "Seeing that physician bring her into the conversation, engaging in a health literacy language understandable for a 12-year-old, is what I see as empowerment; so, she knows about her health and is more empowered," said Gilliam. "When we discuss social determinants of health, we are doing true medicine. Your overall wellness, your demographic background, your home environment, that's a significant portion of medicine, of health. Not just administering drugs and treatments and saying do this and go on with your daily life until the next refill." 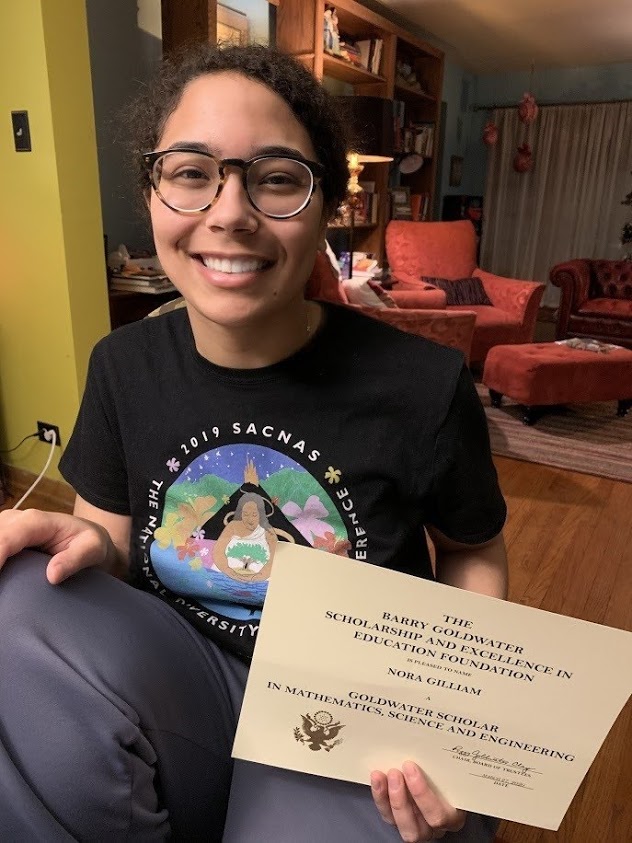 While she still has a few years before claiming her titles, the Honors College Chancellor's Scholar will finish up her remarkable school career at IUPUI in 2021. She'll earn a Bachelor of Arts in chemistry from the Purdue School of Science and a Bachelor of Science in public health, in epidemiology from the Indiana Fairbanks School of Public Health. A school career she says she's been well supported in and often tells prospective college students that. "I knew that if a university was offering so many scholarships and they were generous, that means they are investing in your future," said Gilliam. "They want you succeed. They want you to do well and they will probably have resources and sources for you to improve upon yourself and that's definitely been true here at IUPUI. I'm very well-supported in my career here."

As for what's next, Gilliam is currently studying for the MCAT and is applying to various M.D./Ph.D. schools and programs outside of Indiana, spreading her horizons. "I had the ability to leave the south side of Chicago, and not many people have that opportunity. Training and learning in another area is beneficial because you become exposed to different perspectives," said Gilliam. "Science is all around us and it shapes our daily lives all the time. It has the potential to change the current for under-privileged populations, and that is what keeps me in the scientific field."