INDIANAPOLIS -- IUPUI chemist Sébastien Laulhé, PhD., has received a $429,000 grant from the National Institutes of Health to develop a breathalyzer test for diabetic ketoacidosis, a complication of diabetes that produces high levels of ketones causing blood to become more acidic. If untreated, diabetic ketoacidosis can prove fatal. 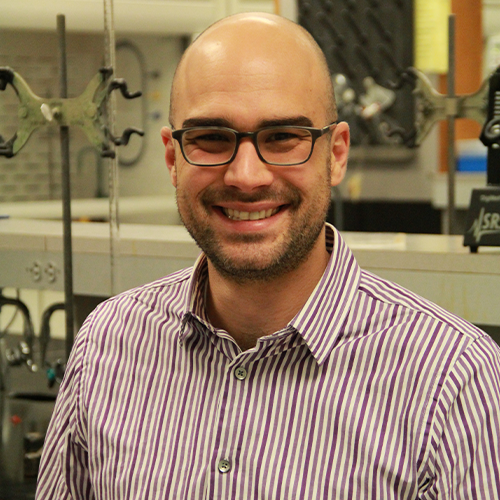 Diabetic ketoacidosis occurs when the body cannot produce enough insulin, a hormone responsible for storing sugar in the body. Without insulin, sugar is not properly turned into energy, causing a buildup of acidic ketones in the bloodstream.

“When you have too little insulin—which is the main cause of diabetes—your blood sugar increases,” explains Laulhé. “At the same time, you can have an increase in ketone bodies in the bloodstream. Some of the ketone bodies are going to make your blood more acidic. When the blood has a pH below 7.3, blood cells and the enzymes in our body stop functioning properly.”

Convenience is the biggest benefit with the breathalyzer as there are concern with urine strips. Symptoms of diabetic ketoacidosis can come on suddenly, and an individual may not always be close to a restroom and able to test his/her urine when the symptoms begin. Additionally, medications for hypertension can cause inaccuracies. Testing using blood can be uncomfortable and painful, especially for children, who often experience severe diabetic ketoacidosis symptoms before being diagnosed with diabetes.

“Developing a technology that would be cheap, non-invasive and broadly accessible could help diagnose kids with diabetes earlier,” says Laulhé.

The breathalyzer would be able to capture and measure ketones as they are exhaled. Laulhé’s research team, which includes IUPUI School of Science undergraduate students and graduate students, will work over the next two years to develop a prototype. Laulhé is also working with advisors in the IU School of Medicine and the Purdue School of Engineering and Technology at IUPUI.

Upon completion of the current research, Laulhé hopes to take his prototype into clinical trials. The technology, with modifications, could also be used to determine if someone has smoked cigarettes or marijuana. The device could potentially be used by those following a Keto diet to determine if they are in ketosis. Lastly, it could potentially be used to look for other biomarkers that help indicate lung cancer.

*This content is solely the responsibility of the author and does not necessarily represent the official views of the National Institutes of Health.