INDIANAPOLIS -- IUPUI chemist Ian Webb, PhD. has received a $400,000 grant from the National Institutes of Health to study protein folding using ion mobility mass spectrometry, a technique that distinguishes molecules based on their size and mass. 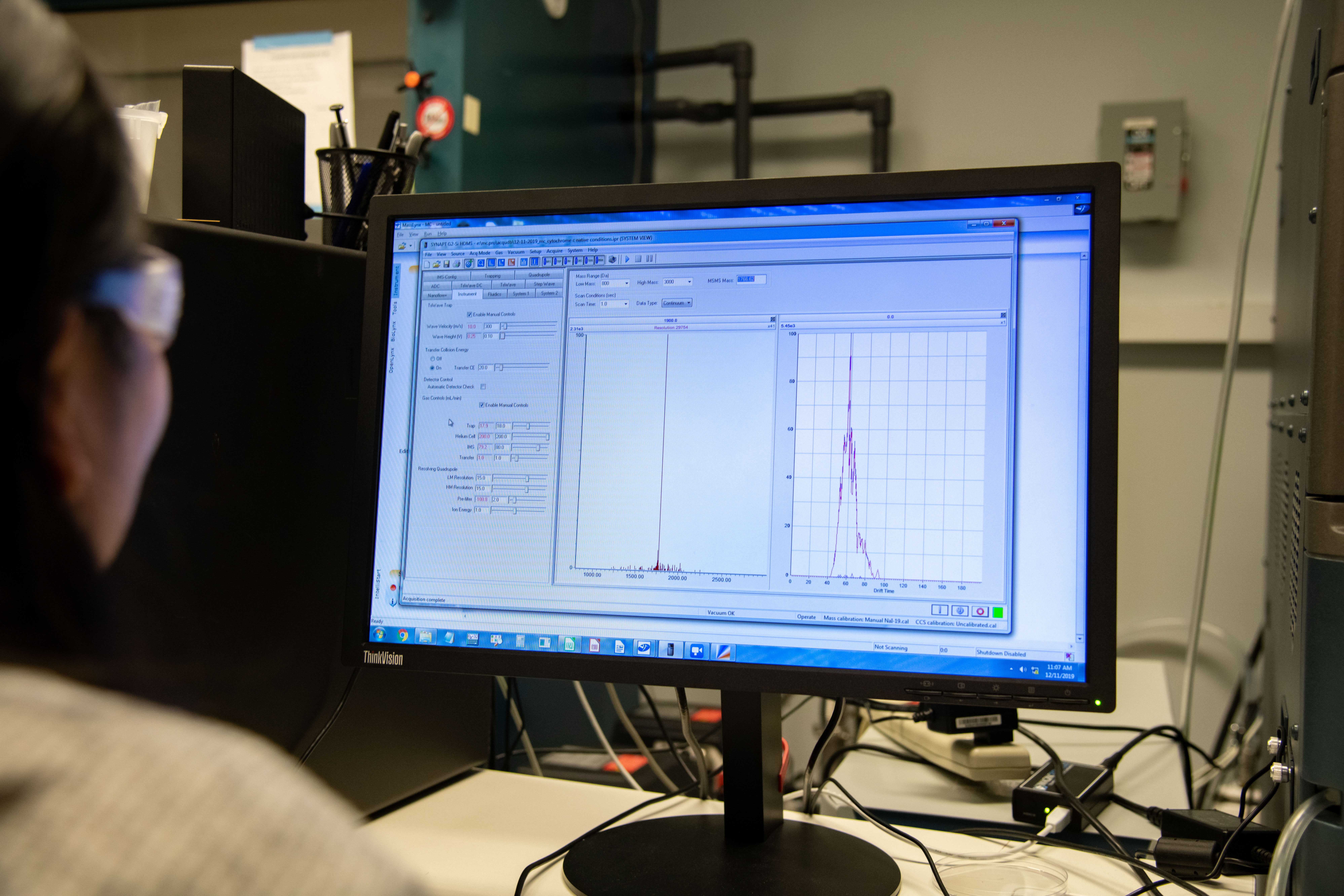 “Proteins are the machines in our body that do everything,” explains Webb. “Our skin is made of proteins. The sensors in our nose and eyes that let us perceive things are all made of proteins. Everything involved in keeping us healthy, regulating the different systems in our body—all of this work is done by proteins.”

There are a myriad of proteins in the human body, each with a different function. While proteins complete much of the work inside our cells, we still know relatively little about them. With the completion of the human genome project, scientists have turned their attention toward better understanding proteins.

The shape of the protein, or the way it’s folded, determines what the protein actually does. Proteins that are properly folded are healthy and function correctly. It’s relatively common for a protein to become misfolded; our cells have ways to identify this and either fix or recycle the protein in many cases. When there are enough mutations in the body that allow proteins to become misfolded in a clumpy mess, humans can experience a number of complications or diseases. Alzheimer’s, Parkinson’s Disease, Amyotrophic Lateral Sclerosis (ALS) and some cancers are examples of diseases caused by protein misfolding.

“I think everyone is connected to someone with some form of protein misfolding disease, especially in old age,” says Webb. “It’s a very difficult problem to study, but it’s really high impact.”

We don’t yet know what causes a misfolding, but Webb is on a fact-finding mission to help us understand the three-dimensional shape of a protein in less time—and at a lower cost—than other methods that already exist.

Scientists currently use x-ray crystallization to bounce light off a protein and determine where atoms are located. Nuclear magnetic resonance is another frequently used method that shows three-dimensional positioning of proteins in a solution. Webb explains that these methods aren’t always a viable option as some proteins are unable to crystalize. Furthermore, both methods are incredibly time intensive; in fact, when x-ray crystallization was used to study the Ebola virus, it took years to map the proteins that eventually led scientists to the creation of a vaccine.

Webb’s proposed method of using mass spectrometry and ion mobilization to determine the weight and structure of the protein is completed in less than one hour.  The process takes seconds to determine the weight and 30 to 60 minutes to create a three-dimensional model. Less than a drop of a sample protein is enough for several hours of research. Less material and manpower needed makes this a cost-effective method for uncovering the complexity of protein folding.

“For right now, we’re trying to develop a [brand new] method. The funding is to support the method development with some model systems,” explains Webb. “Our hope is to prove to the community that our data is reliable, and that the method is [precise] and fast.”

The research team includes IUPUI School of Science undergraduate students, graduate students and post-doctoral fellows. The work, which will focus on mass spectrometry, will be completed entirely on the IUPUI campus over the course of the next two years.

Upon completion of the current research, Webb hopes to start working with collaborators in the medical school and other faculty in the chemistry department who are interested in certain proteins or protein-related diseases.

*This content is solely the responsibility of the author and does not necessarily represent the official views of the National Institutes of Health.