Original story from the Division of Undergraduate Education 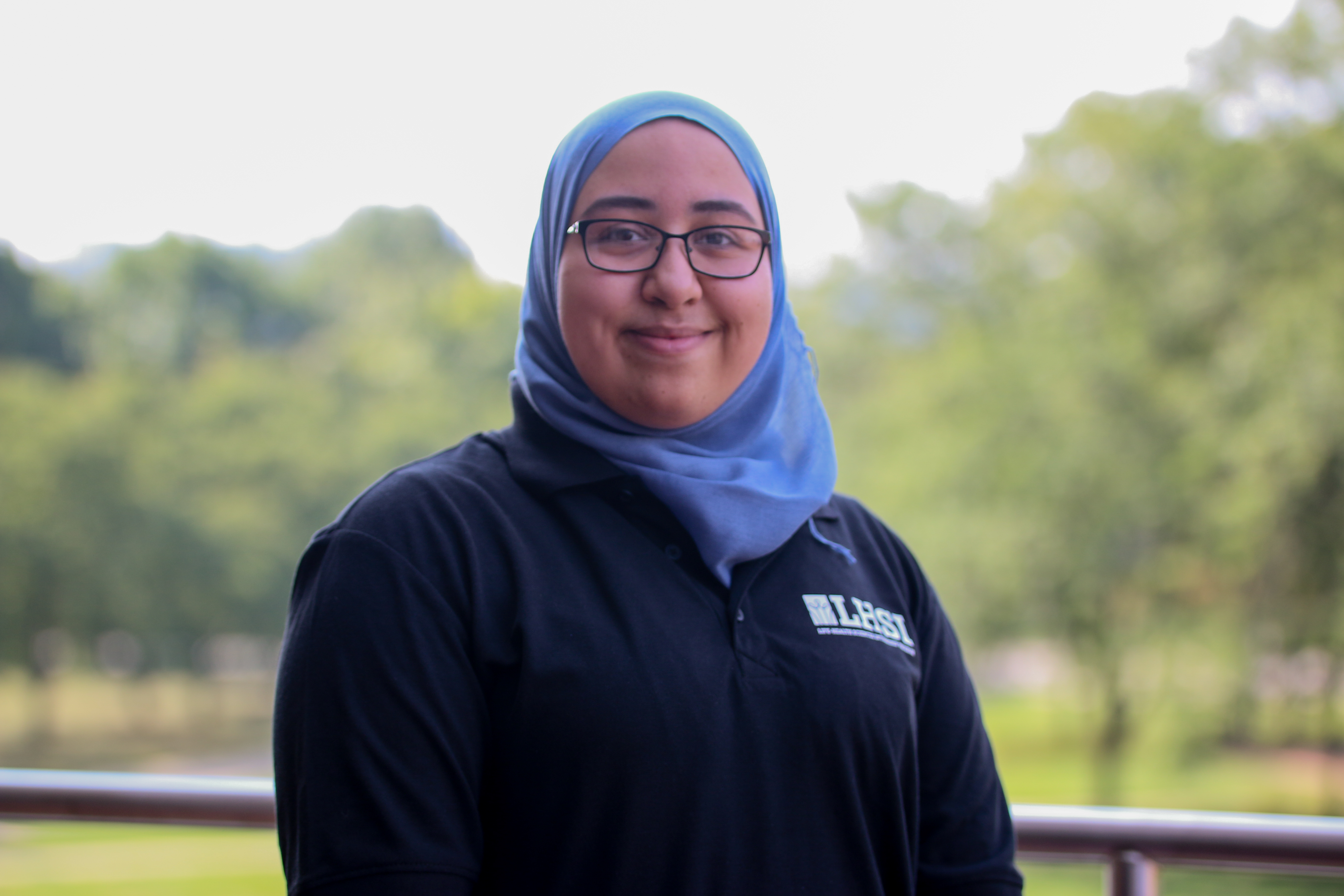 Abufares, a proud undergraduate and postgraduate alumna of IUPUI, worked with the LHSI program as a research fellow during her time as a student. Her time spent working as an intern helped guide her to her goal of working as a program assistant when she came back to the program.

Abufares stated in her biography that her goal “this year is to help others find their niche through LHSI—just how I found what I loved through this program."

In her two years as a program assistant for the LHSI program, Abufares has been able to exhibit her leadership skills and efforts to make a difference at IUPUI through her work, which has been emphasized by her colleagues.

According to Brandi Gilbert, the director of the LHSI program, Abufares is a true leader who empowers others to be leaders and is always willing to offer students, visitors, program alumni, and interns a tissue, a snack, or someone to talk to.

"Nawara takes the initiative to get to know our students and let them know she cares." says Brandi Gilbert, director of Life-Health Sciences Internship Program.

Along with this, Abufares has contributed to innovation, unit cohesion, and exhibited dedication to the LHSI program. Katie Isch, who has worked with Abufares, expressed how gracefully she stepped into the position and became an effective leader. “Nawara shows extraordinary reliability and competence in every task she takes on and very naturally fits the role of a compassionate and effective leader,” Isch said. “It was a privilege to work with Nawara, and LHSI is fortunate to still have her on board.”

Since becoming a program assistant, Abufares has become an expert on student travel and has spearheaded many projects. In fact, along with being in charge of booking and processing travel for students receiving the LHSI travel grant, she has become the “go to” person for the entire division for questions related to student travel, according to Susan Schaefer, director of finance and administration.

Along with Abufares’ extensive knowledge, she brought together four internship and student employment programs to highlight almost 150 students during Engaged Learning Week, according to Gilbert.

Abufares has also continued to assist the program and the division in many ways. Abufares contributed to redesigning the program’s midyear professional development workshop for interns, ran the planning group for the program’s internship showcase, ensured employees felt empowered, and helped the division during an employee shortage.

“We had the unique opportunity to have an office of all women the year that I was working with Nawara, and she worked hard to ensure that we felt empowered in our positions,” Isch said.

Abufares has not only made an impact in the LHSI program but also in the community of women at IUPUI. She served as an Undergraduate Women in Science council executive board member, participated in the Women’s March, attended an American Chemical Society Women of Color in STEM workshop, and is also a mentor for the Advancing Women Mentoring Program.

According to Gilbert, Abufares applies her growth and development from these professional opportunities to her compassionate, culturally competent interactions and has used her knowledge to design strong professional growth opportunities for the interns and other projects.

“Nawara’s sense of social justice and caring for others had her actively participating in the planning and then in attending the programming and professional development activities, such as workshops on implicit bias and social justice informed advising,” Gilbert said.

According to Isch, with all her efforts within the IUPUI community, Abufares continues to fight against inequality and is a compassionate, effective leader. These outstanding factors all contribute to why she lives up to the Women's History Month Leadership Award.

“Nawara Abufares is a true leader who empowers others to be leaders,” Gilbert said.

For more information, contact the Division of Undergraduate Education Office of Communications at duecomm@iupui.edu.