A new study of Native American use of galena increases understanding of how they were using the land and its resources.

INDIANAPOLIS -- Native American use of galena at Kincaid Mounds, a settlement occupied during the Mississippian period (1150 to 1450 CE), resulted in more than 1.5 metric tons of lead pollution deposited in a small lake near the Ohio River. New data from IUPUI researchers found the lead did not originate from this Southern Illinois settlement, but instead was brought to the site from other Midwest sources.

Archaeologists have long known that Native Americans used galena for thousands of years, but this is the first time its use has been linked with clear indications of pollution and how much pollution.

IUPUI researchers extracted sediment cores from Avery Lake to look at Native American impacts on the landscape and detect signals on how they used the land and its resources. Avery Lake is a floodplain lake adjacent to the Kincaid Mounds archaeological site along the Ohio River near Brookport, Illinois. The mound-building civilizations thrived in the Midwest and at the Avery Lake site until approximately 1450 CE. 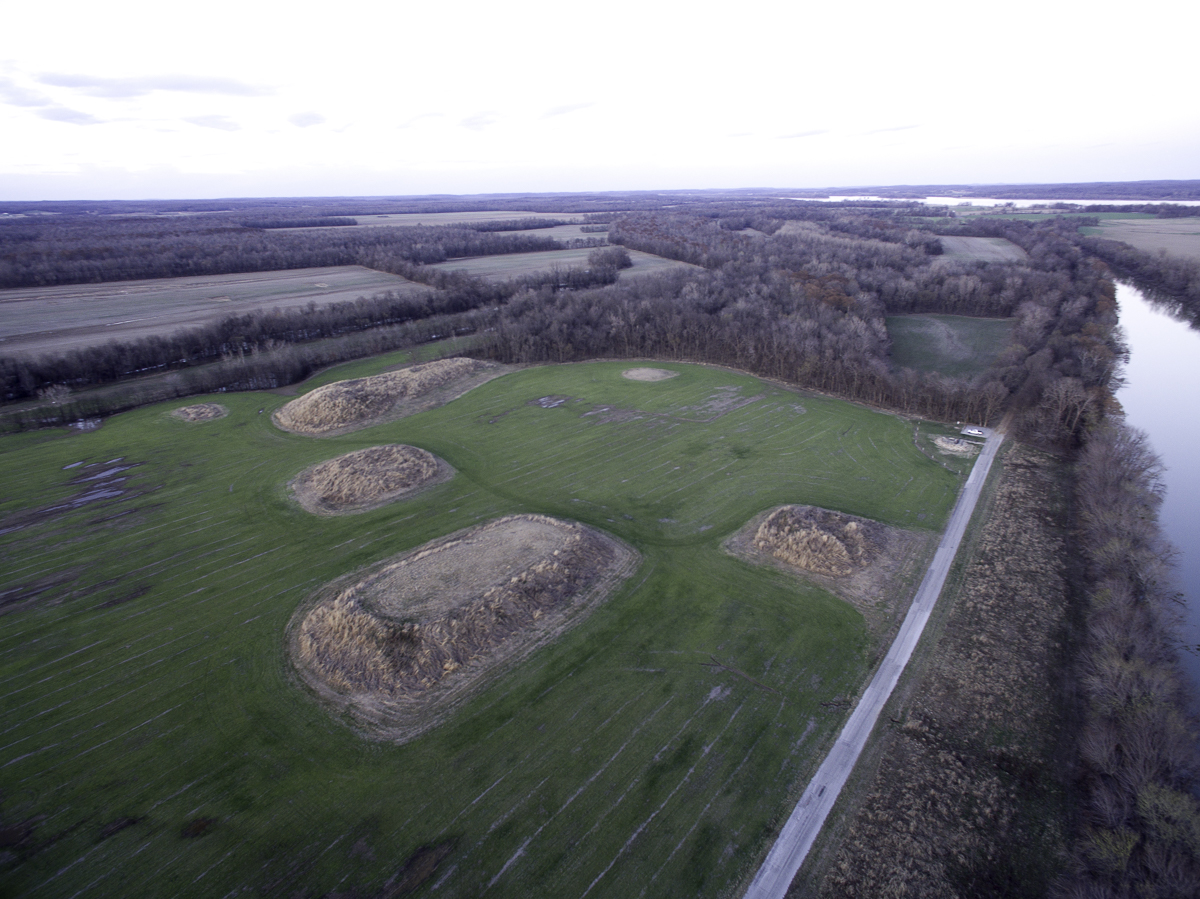 Sediment core samples indicated heightened lead levels during the pre-Columbian period (before European contact in 1492 CE), which was especially surprising to the researchers. To understand where this lead pollution came from, Bird and Wilson measured the abundances of different lead isotopes, which can be used to trace the lead to the ore deposits from which it was derived.

"For the Mississippian period, there was a huge change in lead isotopes in the sediments -- bigger than you would usually see," Bird said.

The sediment isotopes indicated the lead was not native to the Kincaid Mounds site, but instead came from galena deposits located in southeastern and central Missouri as well as the Upper Mississippi Valley. Galena, a lead sulfide mineral that is silvery and sparkles, was abundant in these regions and widely traded across the eastern U.S. It was often ground into a powder and mixed with other natural materials to use as paint for objects, buildings and personal adornment.

"We knew that Mississippians used this lead mineral called galena, which is a silvery mineral that they would crush to essentially create ancient glitter, but we didn't expect to see the levels of pollution that we do from its use." Bird said.

Researchers believe the lead pollution in Avery Lake is the result of galena powder blowing or being washed into the lake as the people living at Kincaid Mounds crushed and used the mineral.

"Lake cores are a natural archive of human utilization of the landscape, and in this case, the human inputs into those lakes," Wilson said. "This is a nice way to develop proxy measures for human activity without making any impacts on the archaeological record."

Lead pollutions through the years

Researchers found lead concentration peaks in the Avery Lake data during each of the three significant occupations at the Kincaid Mounds site -- Baumer (300 BCE to 300 CE), Mississippian (1150 to 1450 CE) and the modern era (since 1800 CE).

For the Baumer settlement, the lead pollution was from a single, local source -- likely a result of people using fire to clear the landscape and for daily activities. Mississippian pollution was the result of galena processing and use; modern pollution is a result of leaded fuel and coal.

Study data gives archeologists like Wilson more perspective on the day-to-day lives of the Mississippian people.

"This gives us some baseline understanding of the amounts of galena that were being exchanged by native peoples during the late pre-Columbian period," Wilson said.

During this period, mound-building was used to elevate and support structures that point to a social and religious movement that started in the largest pre-Columbian city, Cahokia, located in what today is East St. Louis, Illinois. This movement spread and radiated out to people in other settlements and regions, including Kincaid Mounds.

"People were living in new social and religious contexts that we had not previously seen in the Midwest and into the southeast," Wilson said. "It's a re-envisioning of society that happens during this early Mississippian period. Along with that is the exchange of these raw materials and enhanced trade networks, where you're seeing larger volumes of material like stone and galena traveling up and down these major river valleys -- like the Ohio, where our study site was."

Indiana University's world-class researchers have driven innovation and creative initiatives that matter for nearly 200 years. From curing testicular cancer to collaborating with NASA to search for life on Mars, IU has earned its reputation as a world-class research institution. Supported by $680 million last year from our partners, IU researchers are building collaborations and uncovering new solutions that improve lives in Indiana and around the globe.