INDIANAPOLIS -- ​The Department of Chemistry and Chemical Biology at IUPUI hosted the inaugural Dr. Frank J. Welcher Chemistry Lectureship with a talk by chemist Geraldine Richmond, Ph.D. This lectureship will be an annual event to honor distinguished chemistry professor Frank J. Welcher, Ph.D. It was established in Welcher’s name by Priscilla and Erwin Boschmann, Ph.D., IUPUI chemistry professor emeritus. Welcher taught chemistry for more than 45 years, serving as a faculty member before IUPUI was officially established in 1969. 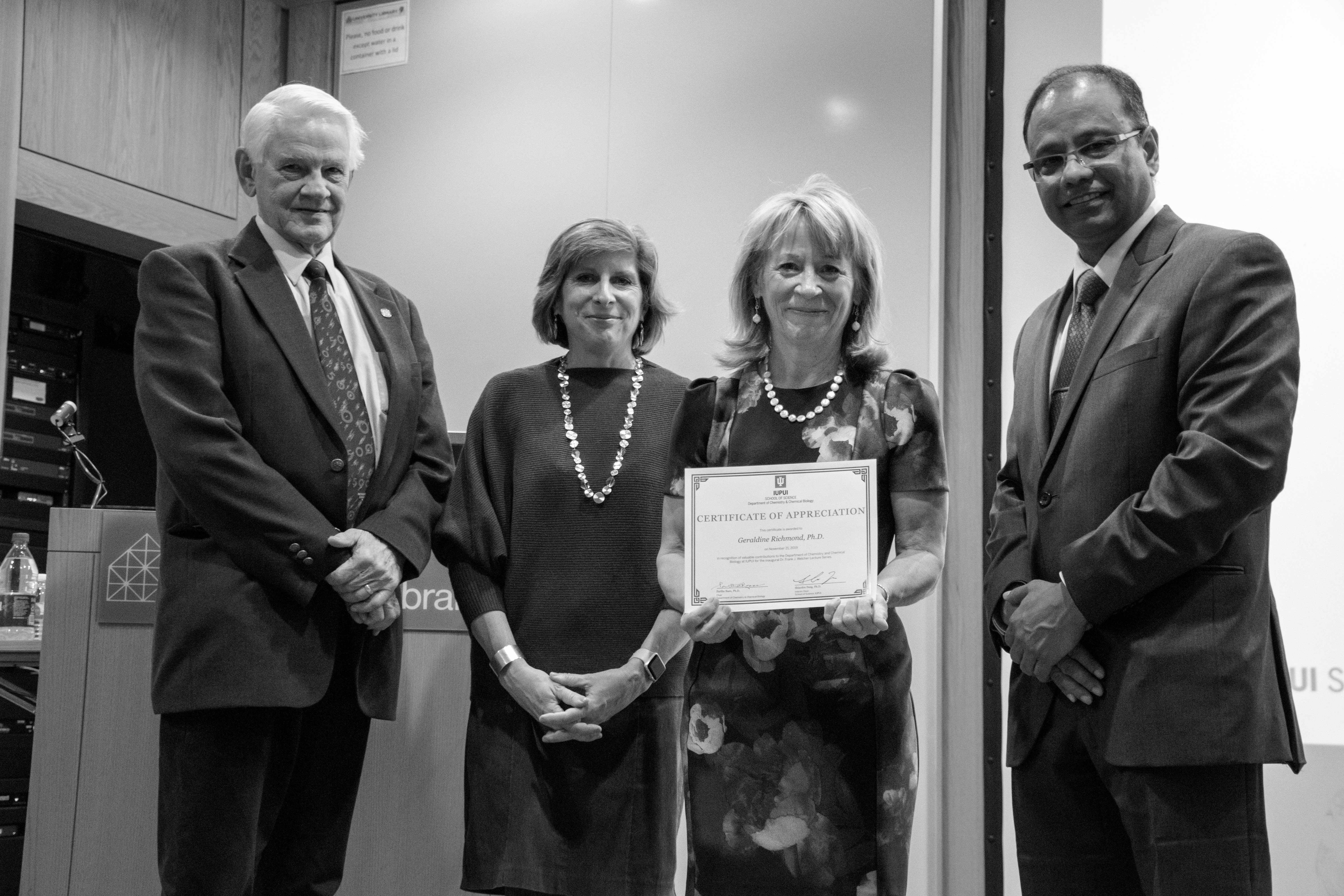 Welcher was an influential mentor and colleague to Boschmann. He was a prolific writer having authored 16 chemistry books and more than 200 peer-reviewed publications. His monumental work, “Organic Analytical Reagents”, made him an international expert.

“Dr. Welcher was a chemistry professor in what was then called the Indianapolis Downtown Campus of Indiana University, which in 1969 became IUPUI,” shared Boschmann. “From 1932 until his retirement in 1978 he labored faithfully in this small department, which was without research laboratories, without research grants, without a chemistry library, and, for many years, without chemistry colleagues. He was the sole chemist, but he was a towering one who eventually gained world-wide notoriety.” 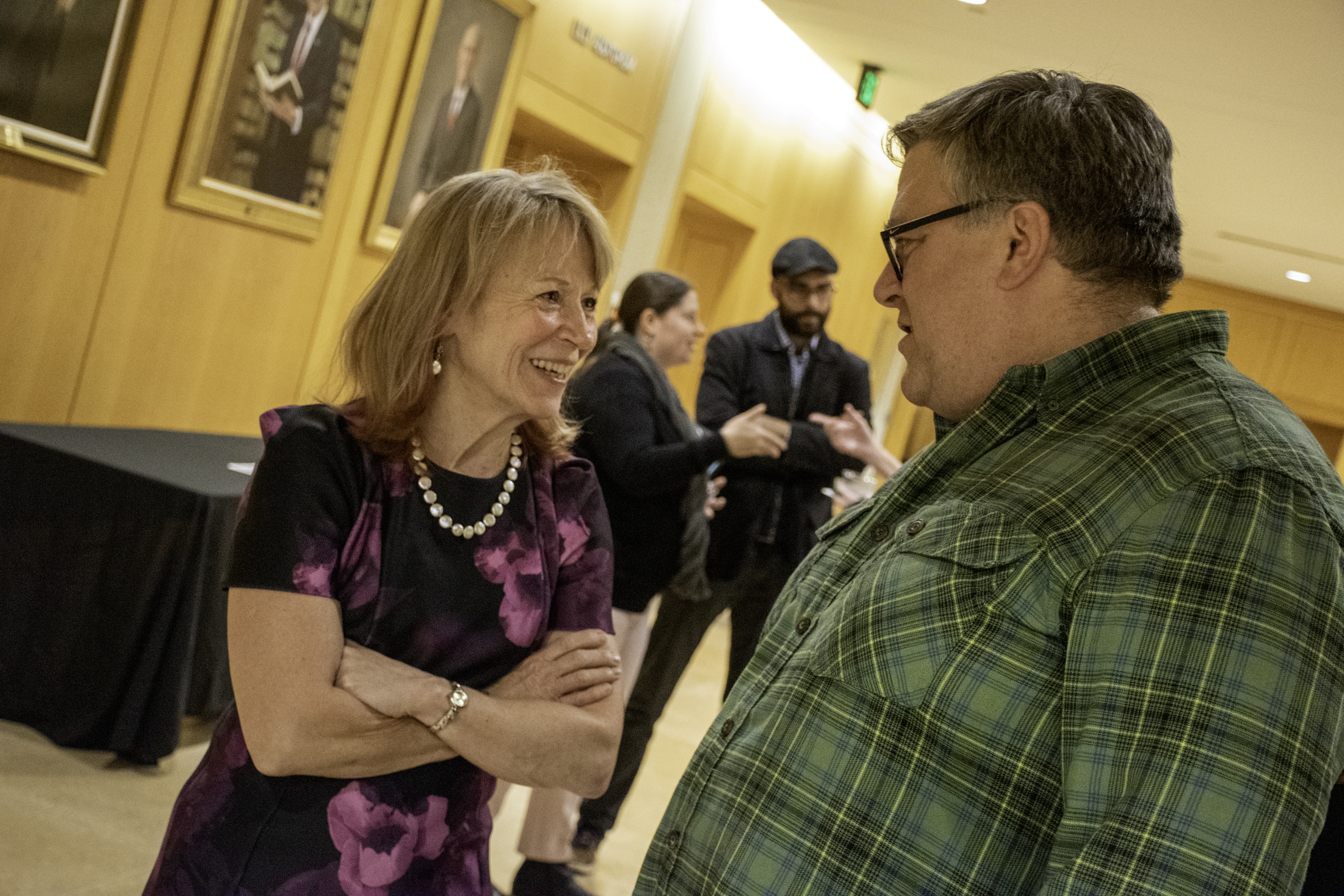 Richmond presented "The Surface of Water: Its Role in Environmentally Important Processes" during which she shared research on water surface tension.

“Water is an amazing substance,” Richmond explained. “Not only can it push boulders down rivers, but it can also dance in the air as a snowflake.  It’s strong enough to slice through stone, and has the agility to climb to the tallest of our trees.”

Dr. Richmond is the Presidential Chair in Science and Professor of Chemistry at the University of Oregon. A native of Kansas, she received her undergraduate degree in Chemistry from Kansas State University and her Ph.D. in Physical Chemistry from the University of California, Berkeley. Her educational efforts have focused largely on introductory chemistry and science literacy courses as well as being the director of several University of Oregon undergraduate research programs. Dr. Richmond is a member of the National Academy of Sciences and a Fellow of the American Academy of Arts and Sciences. Awards for her scientific accomplishments include the National Medal of Science and the 2018 Priestley Medal of the American Chemical Society.